Nothing can Thwart the Plans God has for you 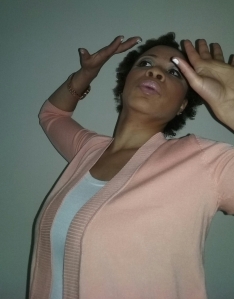 Though he slay me, yet will I hope in him; I will surely defend my ways to his face. Indeed, this will turn out for my deliverance, for no godless man would ever come before him!

After the script was written, I was eager for God to tell me what company my mother and I should pitch the script to and how. What I found in my research was that agents were expensive and that they only want to work with you if you have a name for yourself. I decided that the best course of action would be attending a pitch festival. The way I figured it, it would be the perfect opportunity for my mother to pitch the feature she had written and the perfect chance for me to pitch the sitcom. I made plans to attend the Hollywood Pitch Festival and purchased two books to help us prepare for the event. But whenever you do something for God, opposition from the devil is never that far behind. Sure enough, the first week of the month of May, our next door neighbor had a fire. It affected my mother and I because where we live, our homes are connected. It was about one ‘o’clock in the morning. I felt like I was getting the best sleep ever. It was one of the deepest sleeps I ever had. I vaguely heard my mother call my name. When I finally woke up my mother’s calling became more and more frantic. I jumped up and followed her voice to the kitchen. A huge cloud of black smoke flew through the window. Shocked, I continued to follow my mother’s voice down into the basement. “The house is on fire next door! Call 911!” But all I could think about was getting my mother and myself out of there. I grabbed my phone and grabbed my mother, ran out of the house and called 911. After I called 911 I found out that several other neighbors had already called. As I stood outside and watched the firefighters fight the flames, I looked up at the sky and asked God what He wanted me to get out of this situation. There was a lot of smoke damage and the firefighters knocked out a few windows and broke up a few of our things. The environment where I worked was pretty much completely destroyed. At that moment I felt that failure at the Hollywood Pitch Festival was not an option. In my eyes this event was our only way out. So despite the circumstances, my mother and I continued to prepare for that event. The following Sunday on our way to church we were in a car accident. The cab we were in ran into directly into the car in front of us. Thankfully we weren’t critically injured, but I was convinced that we were under the attack of the enemy.